Public service not only requires skills; it also demands a particular state of mind.

In the business world, operations are driven by the bottom line and profit margins. As one publication succinctly states, “The main goal for most businesses is to earn a profit.”

Edwards Deming gave an illuminating speech July 11, 1990, entitled, “Does anybody give a hoot about profit?” He depicted business organizations as interdependent systems where profits are the natural byproduct. He said, “The aim that I’d propose for a system is gain for everybody – stockholders, employees, suppliers, customers, the community, the environment. Everybody should fare better, everybody in the system should be ahead, his quality of life should improve: that’s what I mean by the aim of a system.”

While businesses depend upon monetary profits, this approach suggests that private businesses are not so different from public entities after all. They are both systems.

The founder of the Boy Scouts, Robert Baden-Powell, famously wrote, “Try and leave this world a little better than you found it.” The overarching aim of public service can propel us to work hard in spite of the critics, the shutdowns and the showdowns.

There’s an enduring belief in something higher and greater which rises above moments of anguish and frustrated debate. This belief gets public servants through darker days. Such hope is the light shining through.

Massachusetts legislator and educator Horace Mann said, “Doing nothing for others is the undoing of one’s self.” Similarly, Booker T. Washington wrote in his autobiography that, “Those who are happiest are those who do the most for others.”

In his inaugural address, President Kennedy urged, “And so, my fellow Americans: ask not what your country can do for you—ask what you can do for your country.” Public service springs from our roots and Kennedy’s words were a mere reminder.

Let us invoke our American ideals as set forth in the Preamble of the Constitution. That document notes the chief reasons for its existence:

We the people of the United States, in order to form a more perfect union, establish justice, insure domestic tranquility, provide for the common defense, promote the general welfare, and secure the blessings of liberty to ourselves and our posterity, do ordain and establish this Constitution for the United States of America.

Deming reminds us, “Remember that without an aim there is no system. And the aim of the system must be clear to everyone in it. If we understand a system, and work on it, then everybody will gain. Everybody will take part in the aim and will be a beneficiary of the aim.”

Sometimes, public servants may forget this big picture. Abigail Adams asked the question in 1778, “If we do not lay out ourselves in the service of mankind whom should we serve?”

This public service spirit cannot be contracted out or contracted in. It’s a different paradigm altogether. How to cultivate that spirit, however, remains an essential question.

Thomas Jefferson wrote, “I have the consolation too of having added nothing to my private fortune, during my public service, and of retiring with hands as clean as they are empty.”

We all could use some extra carrots to work harder. This doesn’t mean that money is a dirty word, but government did exist before performance bonuses. Maybe we should ask if anyone gives a hoot about profit in the public sector, too?

Congresswoman Shirley Chisholm noted, “Service is the rent that you pay for room on this earth.” People may say the same, but some forget and fail to see it in practice or even to put it into practice. For them, it’s more of a paycheck just to make a living.

We may still believe in a higher and nobler call. We may see a way to leave something better than how we found it. Some may dismiss this as an idealistic pipe dream, but so many already chose that path willfully and without regret. They all deemed it to be worthy.

That’s why we do it.

Tell Us What You Think 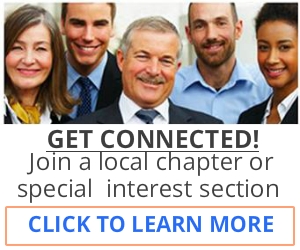